FESTIVAL WINNERS: all the films and the directors awarded at this edition 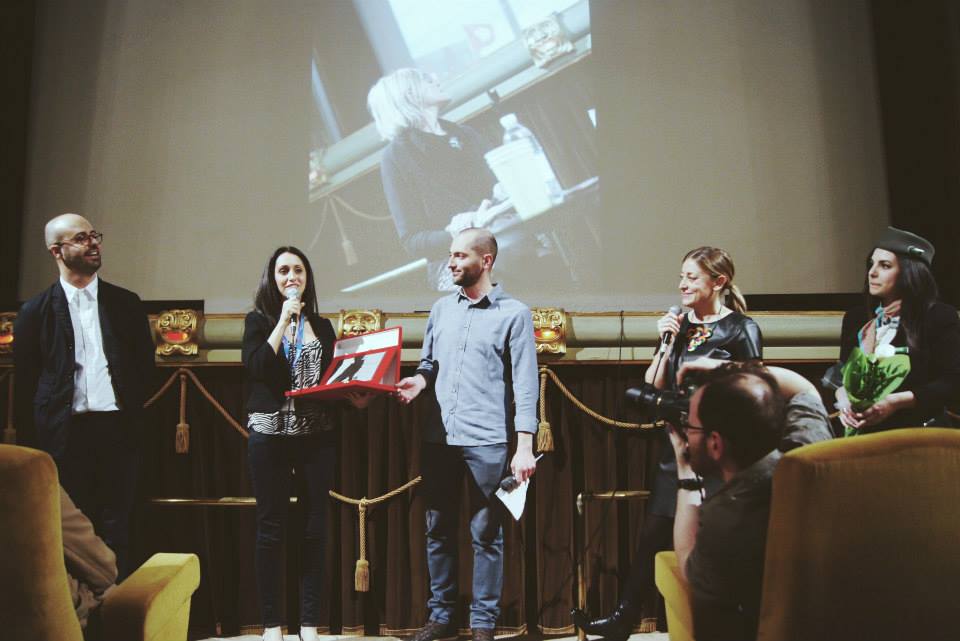 The Iranian documentary “NO LAND’S SONG” is the winner of the “Middle East Now Audience Award”, the Afghan short “ANGELUS NOVUS” won the “NYU Florence Best Short Film”, from the UAE the short film “THE NEIGHBOUR” is the recipient of the “Best ISF” award, and to the Lebanese short “TRANSIT GAME” goes the “Best OFF” critics’ award

The film documentary “NO LAND’S SONG” by Iranian director Ayat Najafi (Iran, Germany, France, 2014, 90′) is the winner of the “Middle East Now Audience Award” at the sixth edition of Middle East Now, the only festival in Italy entirely dedicated to culture and cinema from the Middle East and North Africa, which was held in Florence from 8 to 13 April. The film, which was presented in Italian première at the Florentine festival, follows the young composer Sara Najafi – sister of the film’s director – in the project to bring on stage two Iranian singers along with three French artists, in a country where it is forbidden for women to sing solo in front a mixed audience. A captivating musical journey through prohibitions and taboos of a system that tries to oppose the revolutionary power of the music and women.

The Prize “NYU Florence Best Short Film”, awarded by the jury of the students at New York University Florence, went to “ANGELUS NOVUS” by Aboozar Amini (Afghanistan, Netherlands, UK, 2015, 25′): “It was very difficult to choose just one film, but after much deliberation, we have selected a film that brings to life well-articulated characters and succeeds in illustrating contemporary social issues in the Middle East through the eyes of children. This film produced an authentic and complete portrait of everyday reality. In less than thirty minutes. We are happy to award Angelus Novus by Aboozar Amini“.
The jury of NYU Florence has also given an honorable mention to the short animation film “SHOUK” by Dotan Moreno (Israel, 2014, 18 ‘), “for its sophisticated animation and skillful adaptation”

The Prize “Best ISF”, for the best short film with a “young spirit”, selected among the titles included on the special focuses “Window on UAE” and “Tripoli Stories”, awarded by the students of the International School of Florence, went to “THE NEIGHBOUR” by Nayla Al Khaja (UAE, 2013, 14′): “the stillness, emotion, and curiosity of the film was carried through, even during moments of no dialogue, and we, as a jury, agree that this was probably the key factor in making the film so engaging and even tear jerking.

The award “Best OFF”, the critics jury award given by the founders of OFF Cinema, the event dedicated to short films in the programme of the Florentine summer events, went to “TRANSIT GAME” by Anna Fahr, (Lebanon, Canada, USA, 2014, 18′).
“For the ability to show in a dramatic scenario a universal truth. Thanks to a very clever use of the direction and to a photography with a strong visual impact, the film reminds us that the strength of a generation with broken dreams can be found in the commitment to the hopes of its children”.

Subscribe to the Festival NEWSLETTER
to be updated on all the screenings and special events:
[newsletter_signup_form id=0]