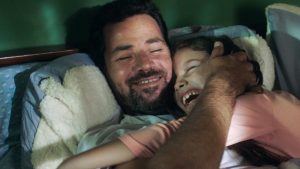 THE PRESENT by Farah Nabulsi
(Palestina, 2019, 25’) v.o. arabo – sottotitoli: inglese, italiano
On his wedding anniversary, Yusef and his daughter, Yasmine, set out in the West Bank to buy his wife a gift. Between the soldiers, segregated roads and checkpoints, how easy would it be to go shopping? 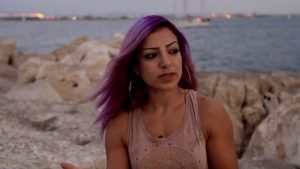 PALESTINIAN WOMEN: A GUIDE TO CULTURAL RESISTANCE by Mariette Auvray (∗)
(Francia, 2020, 52’) v.o.: arabo – sottotitoli: inglese, italiano
From Jerusalem to Haifa, stopping by Acre, Bethlehem and Ramallah, we travel across Israel and the West Bank to meet with Palestinian women shaping the cultural landscape. These activists, feminists, entrepreneurs, artists tell us about their culture and identity in a war-torn territory. Introduzione della regista 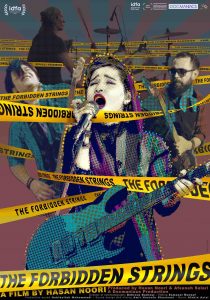 THE FORBIDDEN STRINGS by Hasan Noori (∗) *Focus Afghanistan
(Afghanistam, Iran, Qatar, 2019, 72’) v.o.: persiano – sottotitoli: inglese, italiano
The film follows four young Afghan refugees born and raised in Iran. As labourers, they work hard to make a living and support their families during the day. But as night falls, they get together in a remote studio outside of Tehran, away from the eyes of their families and the police in order to practice what they dream to be: rock stars. The Arikain band has a dream – they aspire to perform their first concert in their fatherland, Afghanistan, which they’ve never seen before. However, they never imagined that in order to reach this dream, they will have to pass through Taliban forces. Alla presenza della produttrice Afsaneh Salari 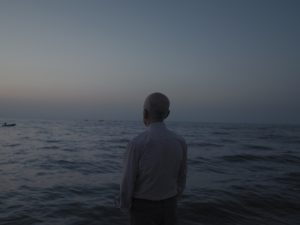 DAMASCUS DREAMS by Émilie Serri (∗)
(Canada, 2021, 83’) v.o. arabo, francese – sottotitoli: inglese, italiano
How does one remember a homeland they are so deeply connected to and disconnected from? When Canadian born filmmaker Emilie travels to Syria for the first time in ten years, she feels alienated. A year later, when her grandmother dies and the war begins, she tries to piece back together an image of this elusive country she desperately wants to call her own. Gathering evidence from the past, stories from refugees and bringing along her father for the ride, Emilie embarks on a lucid dream journey hoping to resurrect a fading connexion with her homeland and her father. Anteprima italiana, alla presenza della regista 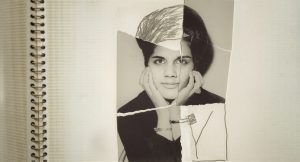 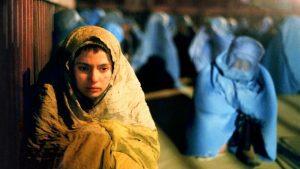 OSAMA by Siddiq Barmak [Focus Afghanistan]
(Afghanistan, Giappone, Irlanda, 2003, 83’) v.o.: farsi – sottotitoli: inglese, italiano
Afghanistan, in the early days after the Taliban took power. After the death of the last male in the family, an Afghan woman finds herself alone with her twelve year old daughter. The Taliban close the hospitals and forbid women to leave the house without a male chaperone. There is nobody to fulfil this role and they lose their jobs. In order to survive, the mother decides, with the grandmother’s help, to change her daughter’s appearance: she will now be a boy, Osama. «She» finds work with an old friend of her father’s, but is soon enlisted by the Taliban and obliged to study fundamentalist Islamism, along with other boys of the same age… 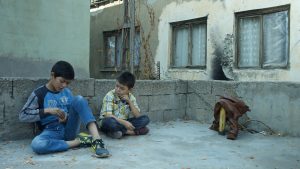 ANGELUS NOVUS di Aboozar Amini [Focus Afghanistan]
(Afghanistan, Paesi Bassi, UK, 2015, 25’)
Afghani refugee Ali and his brother have just arrived in Turkey where, surrounded by many other refugees, his family tries to build a new life. The boys earn their living shining shoes. When one day their spot has been taken, their fragile existence and dreams of a better future hang by a thread. 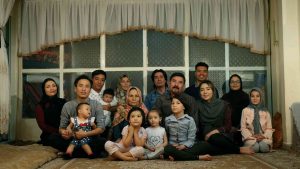 THE SILHOUETTES by Afsaneh Salari *Focus Afghanistan
(Iran, Philippines, 2020, 79′) anteprima italiana
In 1982, when the Russian invasion of Afghanistan was at its peak, more than 1.5 million inhabitants had to move to Iran looking for a new life. Taghi, born in Iran, wants to escape the ruthless discriminations Afghans are subjected to on a daily basis. Against all odds, he decides to move back to the country of his parents. But unexpected challenges await there for him. Alla presenza della regista 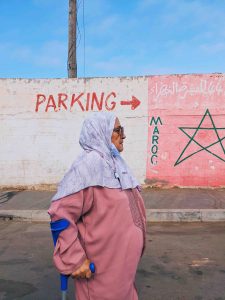