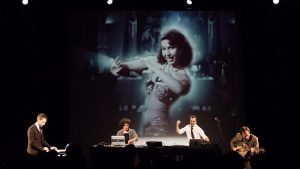 LOVE AND REVENGE by Rayess Bek and Randa Mirza
The Lebanese duo formed by hip hop musician and singer Rayess Bek and visual artist La Mirza presents the visual concert that mixes popular Arab songs of all the times with cult films of the golden age of Egyptian and Arab cinema from the ’40s to the present day. 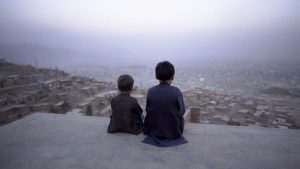 Kabul, City in the Wind by Aboozar Amini
(Afghanistan, Paesi Bassi, 2018, 88’) v.o: persiano, sottotitoli: inglese, italiano
Kabul as seen through the daily lives of two kids and a bus driver, set against the background of a city destroyed by political and religious powers. Afshin (12) and his younger brother Benjamin (6) live on a hillside outside Kabul. Violence has become a part of their innocence and the graveyard is their playground. When their father leaves for another country, Afshin’s childhood ends abruptly. Abbas is a bus driver with a double personality, a loving father and a ruthless driver who blows his top all the time. His lengthy attempts to fix his broken bus reveal a life torn between truth and lies.
Anteprima alla presenza del regista