CINEMA 2016: all the films and the special focuses of the program 2016

NEWS 2016: Download the Middle East Now 2016 Guide, with all the screenings and events 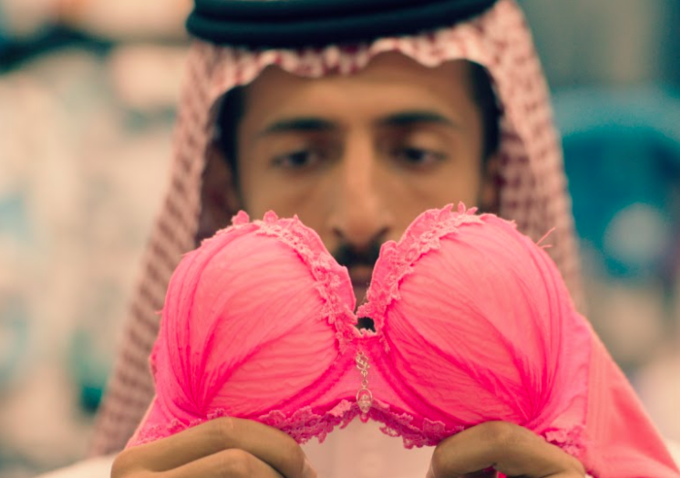 The contemporary Middle East is once again under the spotlight in Florence from 5 to 10 April 2016, with the 7th edition of Middle East Now, the international festival of cinema, documentary, contemporary art, music, discussion and other events, organized by the cultural association Map of Creation and the artistic directions of Lisa Chiari and Roberto Ruta, to be held at locations all over the city including the Odeon Cinema, the Stensen Cinema and cultural spaces, with a packed programme of screenings and special events.

Middle East Now 2016 will present 44 films – almost all are Italian and European premières – with feature films, documentaries, animations and short films forming a powerful cinematographic journey through Middle-Eastern countries and society. They are now more than ever at centre stage in international politics and the media. The stories, characters, potent themes and recent events portrayed in the latest films from Iran, Iraq, Kurdistan, Lebanon, Israel, Palestine, Egypt, Jordan, United Arab Emirates, Yemen, Afghanistan, Syria, Bahrain, Algeria and Morocco provide a window for the general public to the culture and society of these countries, framed in a way which goes beyond the usual prejudices and platitudes.

Premières and special screenings on the 2016 programme:

From Palestine, premièring in Italy, the incredible documentary Speed Sisters by Amber Fares (2014, 90 mins., Palestine, Qatar), on the dreams and victories of a group of young women who affirm their freedom as motor racing drivers; and the opening film Degradé, the first feature film by the Palestinian brothers Tarzan & Arab Nasser, a darkly comic tale of a pet lion, a hair salon with twelve women inside and a combat zone outside; The Idol (2015), the last feature of the twice Oscar-nominated Hany Abu-Assad, telling the incredible story of Mohammad Assaf – Gazan winner of Arab Idol who won the hearts of millions with his voice. The protagonist of the Closing Night of the festival (Sunday 10 April) will be the thriller Eyes of a Thief by the talented Palestinian director Najwa Najjar (2014, fiction, Italian première), which includes among its cast the Egyptian star Khaled Abol Naga and the famous Algerian singer-songwriter Souad Massi, that will be attending the festival. On the occasion of the screening, Souad Massi – considered one of the most successful female singer in the Arabic-speaking world – will perform for the Italian audience at Cinema Odeon. Among the highlights of the cinema program, from Saudi Arabia it will come – as Italian Première – the romantic comedy Barakha meets Barakha by Mahmoud Sabbagh, the love story about a funny and improbable municipal agent responsible to enforce order in town, and a beautiful erratic ultra-famous Instagram video blogger; the first romantic comedy ever shot in Saudi Arabia, a country where cinema is forbidden since 1972. From Iran several premières, including the documentary Starless Dreams by Mehrdad Oskouei (2016, doc), winner of the Amnesty International Award at the Berlinale, an intimate and delicate portait of a group of under 18-year-old girls taken into care for a variety of reasons ranging from drug dealing and trafficking to pick-pocketing and manslaughter; Lantouri (2016), which premiered at the Berlinale, the last feature of the talented Iranian director Reza Dormishian, telling the story of a gang that mugs people in broad daylight on the streets of Tehran and at the same time the love story turned tragic by external circumstances between gang member Pasha and Maryam, a socially committed, self-confident journalist; and the documentary Talk Radio Tehran by Mahtab Mansour (doc, Italian première). From Syria comes the multi-award winning documentary A Syrian Love Story by Sean McAllister (2015), a heartrending love story of an activist couple threatened by the horrors of war; together with other titles. While from the Lebanon comes the latest film by Danielle Arbid Parisienne (2015, fiction); the prizewinning documentary A Maid for Each by Maher Abi Samra (2015, doc, Italian première) on the market for foreign domestic workers in the Lebanon.

From Afghanistan the national première of the profound documentary Love, Marriage in Kabul by Amin Palangi (2015, Italian première).

Israel: the award-winning documentary Women in Sink by Iriz Zaki (2015), shot In a little hair salon owned by a Christian-Arab in Haifa, Israel, where the director installs a camera over the washing-basin, where Arab and Jewish women share their differences and a community of views on politics, history and love; plus the film God’s Messengers by the famous Israeli documentarist Itzik Lerner (2015), a first-time inside look at the group of Jewish settlers who inhabit the illegal outpost of Havat Gilad.

The festival will host also a Window on Bahrain, a focus on the cinema coming from this country curated by Laura Aimone, with a special screening of short films from established directors and emerging talents: among the titles Steps and Fish & Traps by Salman Yousif, Canary and The Good Omen by Mohammed Rashed Buali.