CINEMA PREVIEW 2016: The special Preview website in now online, to discover all the films at this edition

VIDEO: Watch the report of Middle East Now 2016 with all its protagonists and special events 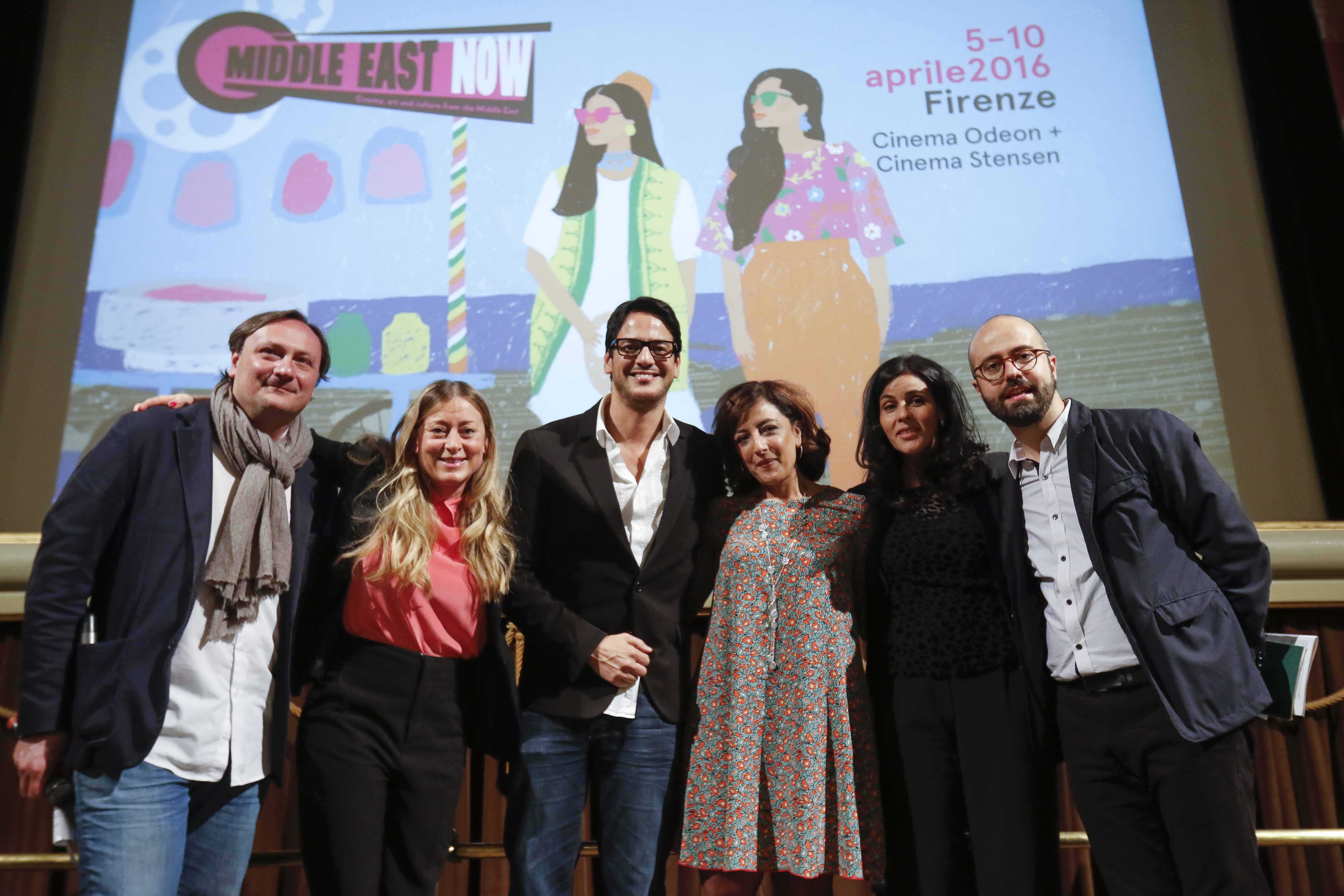 Palestinian feature “The Idol” by Hany Abu-Assad wins the Audience Award, and a special mention to “Barakah meets Barakah”, the Saudi romantic comedy by Mahmoud Sabbagh.

The Iranian short film “Talk Radio Tehran” by Mahtab Mansour wins the NYU Florence Best Short Film Prize; runner-up the Syrian short “Blue” by Abo Ghabi. And to the Egyptian short film “Dry Hot Summer” by Sherif Elbendary goes the Best OFF Award.
A Cinema Odeon jam-packed with people welcomed Sunday, April 10, the final evening of the seventh edition of the Middle East Now, the only festival in Italy entirely dedicated to the cinema and contemporary culture from the Middle East (Florence, 5 to 10 April).

“The Idol” (Palestina, UK, Qatar, Olanda, Emirati Arabi Uniti, 2015, 100′) – the new film by the two times Academy Award nominee Palestinian director Hany Abu-Assad – was the film most voted by the public, and the winner of the “Middle East Now Audience Award 2016”. The premiere was presented in collaboration with Adler Entertainment, the film will be released in the Italian theatres on April 14.

The “Special Mention” of the festival went to “Barakah Meets Barakah” by Mahmoud Sabbagh (Saudi Arabia, 2016, 88′): “we have decided to assign a special mention to the film, the first romantic comedy ever filmed in Saudi Arabia – announced the artistic directors Lisa Chiari and Roberto Ruta during the closing ceremony – for the acclamation that has received from the audience (the film is the second most voted title, with a minimal gap from the winner), for its uniqueness, for its original and courageous perspective in telling more of Saudi Arabia of today and its future generations.”

The NYU Florence Best Short Film Award by the jury of the students of New York University Florence went to “Talk Radio Tehran” by Mahtab Mansour (Iran, France, Italy, 2015, 38′), with this motivation “the film humanizes the Middle East through a close look at the daily lives of women and dispels Western stereotypes of the role of women in Iranian society. “Talk Radio Tehran” shares the stories of multiple women who are strong and Independent, one is even the breadwinner for her family, and in the final scene of the film we see the husband caring for his wife, both stepping outside of traditional societal gender roles. The film also provides an interesting look at the streets of Tehran, an open air market and residential neighborhoods”. Second prize for “Blue” by Abo Ghabi (Syria, 2015, 12′), “which gives an inside look into Yarmouk refugee camp, portraying struggles and hardships the people of the camp face. Although they are suffering, their emotions are expressed through songs and music”.

The Best OFF Award went to the Egyptian short “Dry Hot Summer” by Sherif Elbendary (Egypt, Germany, 2015, 30′), “a comedy with a grotesque and brilliant humor, a short witty and irreverent at the same time, that shows the spirit and lightness of two seemingly unconnected personal stories. A meeting of two lonelinesses that will turn into an unexpected bond”. The jury was composed by the President of OFF Cinema association Simone Bartalesi, the film director Manfredi Lucibello, the designer and producer Omar Rashid, and the distributor Stefano Mutolo (Berta Film).