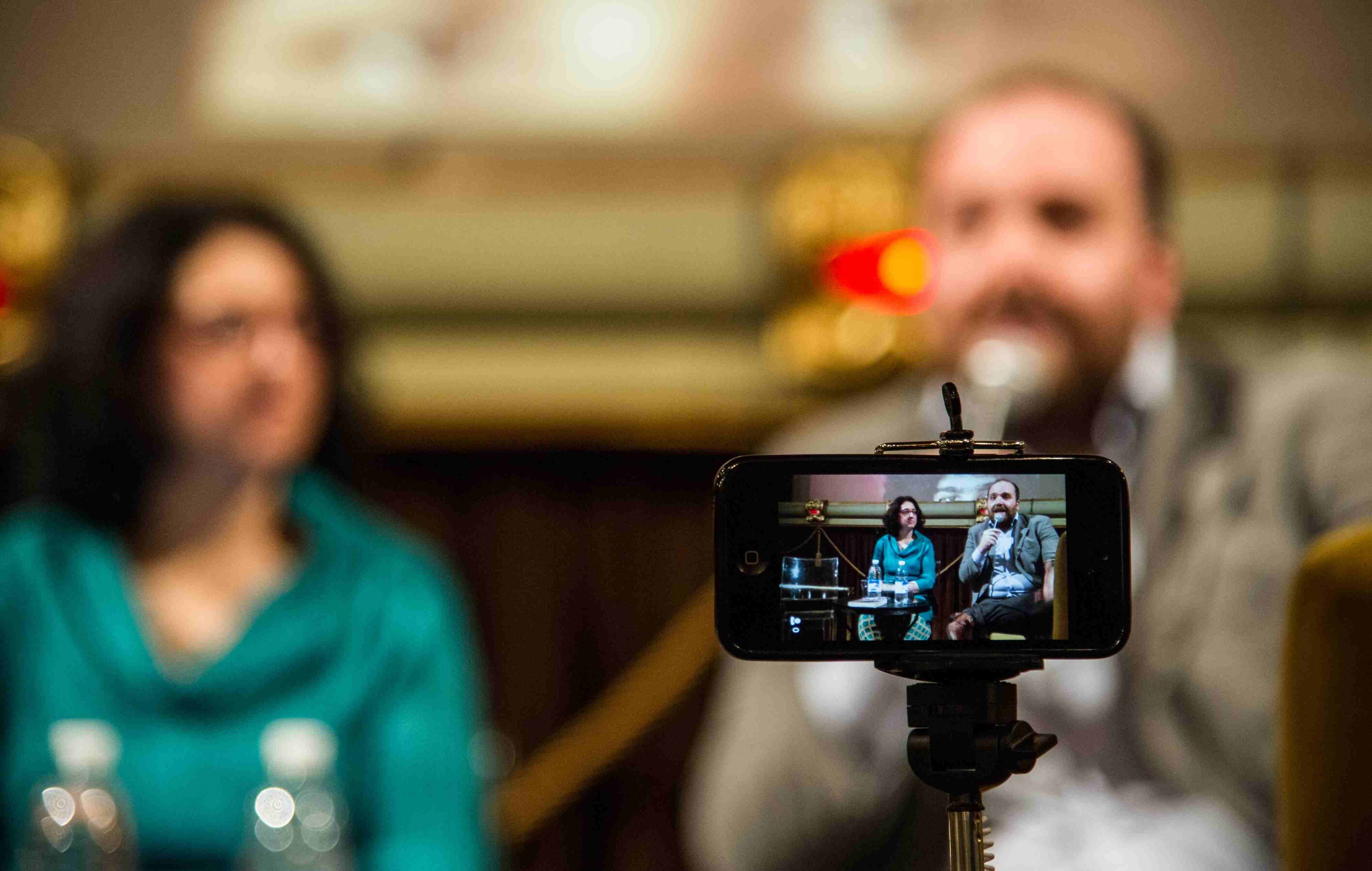 Conversations, debates, book presentations
and insights on major themes and current affairs in the Middle East.

The festival invited on stage at Cinema Odeon journalists, reporters, academics and experts, to discuss a map of the new communication and information on the Middle East. Here is the schedule of the MIDDLE EAST NOW TALKS at this edition, coordinated by Felicetta Ferraro:

GEOGRAPHY OF MIND
Chiara Comito (Editoria Araba) and Felicetta Ferraro (Ponte33) presents Voyage Books, a projects featuring unusual travel guides in the Middle East and North Africa, and the books that makes traveling the reader’s mind. In addition, the Iranian curator Leila Sajjadi presents to the public the installation “Soundscape of Tehran”, the Iranian capital sound mapping; to follow, the  photo reporter Lindsay Mackenzie presents the photographic project “Every Day Middle East”, one of the special events of the festival.

AT THE HEART OF TUNIS. GEOGRAPHY OF PUBLIC SPACE AFTER REVOLUTION
Maurizio Memoli (University of Cagliari), Francesca Governi (Politecnico di Torino), Claudio Jampaglia (Prospekt) presents a web-documentary on the symbolic places of the Jasmine Revolution. A research made by videos, texts and photographs that make up a map where everyone can choose their own path urban and content search. http://webdoc.unica.it

ISIS, THE GREAT GAME OF Disinformation
A Talk with Olivier Roy (European University Institute) and Patrick Cockburn (writer and journalist – The Independent), author of the essay “The Rise of the Islamic state. ISIS, the return of jihadism “(Ed. Alternative Press).

BEYOND THE SQUARES: REVOLUTION, DICTATORSHIP OR MAYBE THE CHAOS?
The journalist Laura Silvia Battaglia discusses with Giuseppe Acconcia, author of “Egitto: Democrazia militare”, of what has happened in Egypt and other countries protagonists of the “Arab Spring”, after the lights of international medias went out in the streets of revolt.

MEDIA MAPS: NEW FRONTIERS OF INFORMATION ON THE MIDDLE EAST
While the echo of the “springs” Arabic is slowly fading, Western public opinion finds himself facing new realities of the Middle East conflict. Real dangers and “monsters” in our daily media burst overlapping in an ever more confused scenario when the spectacle takes precedence over comprehension. This is why it is urgent to reflect on the role that information as a whole has played and plays in guiding public opinion and government action. Speakers: Lucia Goracci (RAI News), Amedeo Ricucci (RAI), Patrick Cockburn (The Independent), Giuseppe Acconcia (scholar of the Middle East), Alessia Corsini (EU Desk Syrian Region) and Sara Gandolfi (Corriere della Sera) – moderates Laura Silvia Battaglia (journalist and expert on the Middle East), with the overall coordination of Felicetta Ferraro.