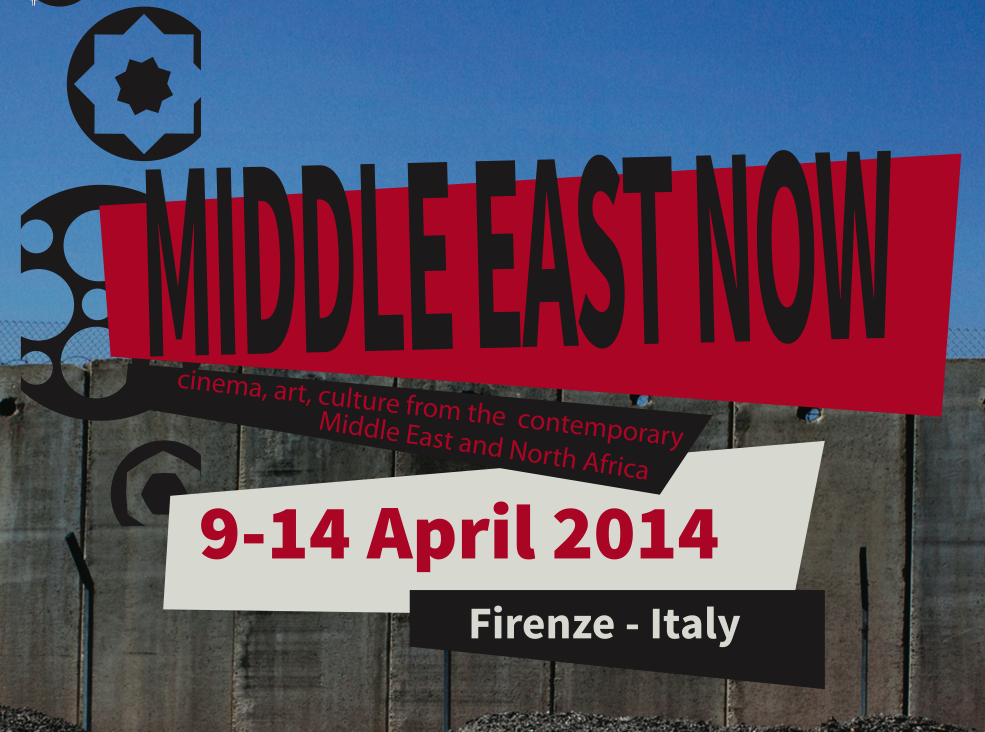 THE IV EDITION OF THE FESTIVAL “MIDDLE EAST NOW”: FROM 3 TO 8 APRIL IN FLORENCE
PROTAGONIST WAS THE MIDDLE EAST, THROUGH CINEMA, DOCUMENTARIES, VISUAL ARTS, CULINARY EVENTS AND MEETINGS. IN THIS EDITION: MAROCCO WAS THE GUEST COUNTRY,  A FOCUS ON AFGHANISTAN, A SPECIAL SECTION DEDICATED TO ISRAEL AND PALESTINE

AND AMONG THE SPECIAL GUEST RANA SALAM, THE LEBANESE GRAPHIC ARTIST AND THE QUEEN OF POP CULTURE IN THE MIDDLE EAST, AND THE MOROCCAN ARTIST HASSAN HAJJAJ, ANDY WARHOL OF THE ARAB WORLD, PRESENTING HIS EXHIBITION VOGUEARABE

The Middle East was the protagonist  in Florence with the fourth edition of Film Middle East Now, that was held from 3 to 8 April – at the Odeon cinema, Stensen Auditorium and other locations in the city – the international festival of film, art projects, meetings and events, conceived and organized by Map of Creation Cultural Association.

The Festival wants to show the thousand faces of a reality so close but little known in Italy and in Europe, through the contemporary cinema, independent films and also by showing underground films by young filmmakers and emerging talents, in a journey that the countries of the “hottest” part of the Middle East. The stories, characters, major themes and current affairs in the most recent productions in Iran, Iraq, Lebanon, Israel, Egypt, Palestine, Jordan, Yemen, UAE, Saudi Arabia, Afghanistan, Syria, Bahrain, to bring up the culture and society of these countries, beyond the prejudices, clichés and “bad news” that often are passed though the international media.

See the FULL PROGRAMME of films and events of this edition!